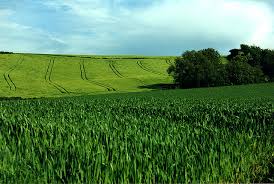 Actually, it’s funny the way “You Young” people see the world today! All those things in the following write up were done by my grandmother, mother and me until I grew up.

We did not know anything about disposable diapers, Kleenex, Tampax or pantie- liners.  The women had to buy washable pads with two button holes on either end or make protecting pads out of old panties, and soak and wash them during menstruation. Washing machines or dryers were dream years away. You’d see everything on a clothesline across the yard for drying. Families with more grown-up females had rows of those pads pecked on the line. Even as a ten-year-old kid, I thought it was embarrassing to see them. All the men and boys would know when the women and girls in the village had their period.

Clean white toilet paper? Indoor toilets? It might have been a pail in the kitchen for the younger children. They got their bum washed. For us, it was the ripped-up newspaper that was hanging on a rusty nail in the outhouse. If someone spent a lot of time in there, we knew they were reading the old “news.” During 1945/46 when there were no newspapers, we used grass… and our poor mother had to scrub panties and men’s underpants to get rid of what we called the “schiss.” Yes, we did get our hands dirty and washed them under the pump with the ice-cold water.

We did not have running water in the house. We had to bring it in from the pump outside and also bring the dirty water out. Wash day was a big all-day undertaking.

My mother’s hands were raw from scrubbing on the washboard. I still feel sorry for my mom. I love laundry day – because I don’t even get my hands wet… easy-peasy.

Heating and cooking? Hah! We had to scrape the ash out of the oven and the stove, bring it out and bring in wood and coal and kindling. Sometimes, when the wind came from the wrong direction and got into the chimney, we could not get the fire going. The smoke came back into our faces when we blew on the kindling. Life was simple. We did not know any better – so did not think about all of this being a hardship. We had a potty under the bed for the small job, for the big one we had to go to the outhouse next to the barn. God, I remember how cold that seat was in the winter! A smooth wooden plank with a hole in it, covered with a lid. A big box was underneath which my dad emptied when it was full. There was a small door where he could pull it out. He dumped it onto the manure pile and used a fork to cover it with the dirty straw that came out of the animal stalls, which we had to clean out every day. Mostly my mother did… And in spring or fall, the manure was carted to the fields and plowed under.

Going shopping, Mom took home-made little cotton bags with her. She had stitched “Sugar,” “Flour,” “Salt” and what have you on them. If you didn’t bring your own bags, you could not be served. She had a basket on her bike, and a big bag made out of an old carpet to carry her treasures home. No plastic for anything. I guess it wasn’t even invented yet. We made our own jam, had our own honey bees, but if you wanted to buy those items, even pickles, people had to bring glass containers. Butchers just put any meat on a double newspaper – unless you brought your own packing paper.

Yaaah, we were not “green,” but without knowing anything about any of the present day concerns, we lived a healthy life and ate homegrown food, we had no idea about it being “organic.” We saved our environment. If you would have asked someone about “environment,” they would look at you saying: “Environment? What’s that…?”

Actually, we were “GREENER than GREEN” back then.