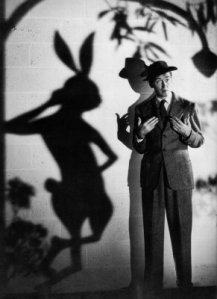 Some people write letters to a friend but never mail them. Some others write in a diary or address it with “Dear Diary”! Still others have an imaginary friend they talk to or they talk to themselves. I have done that. Mumble is more like it. Does that make us crazy? Some so-called ‘normal’ people might think that or even say to us with a straight face: “You are crazy!” I have had some unexplained experiences which frightened me and I talked to God and asked to take this ‘curse’ away from me. I know for sure: There is more between heaven and earth than meets the eye. Even Albert Einstein stated that. Let’s ask ourselves: What is ‘normal’? Is normal only the one who wants or needs to know that which can be scientifically explained? And the more he knows the more he wants to know and the only thing he knows for sure is that he can’t know it all, there is always MORE to discover.

We attended the play “Harvey” by Mary Chase in the charming Chemainus Theatre today. Full house, too! I had a chance to read the explanatory notes in the programme before the show and was surprised to learn that it was written over two years and opened in November 1944 and was, at that time, a smash hit and ran for 4 ½ years with 1775 acclaimed performances on Broadway. It was even adapted to film and made friends across the continents. What is it about? “Harvey” – naturally! But who was Harvey? Harvey was the imaginary trusted friend of ‘Elwood’ who never went anywhere without him. Harvey was a huge 6 ½ feet tall mystical rabbit, a ‘Pooka’ – just like ‘Puck’ was Shakespeare’s ‘Pooka’. Most children have imaginary friends with names and parents would be well advised to take those ‘friends’ seriously to keep the trust of their offspring.

In this play, Elwood takes Harvey with him at all times. He takes him to concerts, bars, and parties and ‘introduces’ him to the guests. He would book two places and to ‘normal’ people they see an empty chair next to him.  He always checks with Harvey if something is good, alright or if he agrees in conservations. Harvey soon became such an annoyance to Elwood’s sister that she wanted to book her brother into a sanatorium. Explaining this giant rabbit and claiming she has even seen him at the dinner table the psychiatrist decides that she is the crazy one. When Elwood comes along and in a logical, quiet voice and with his own brand of humour talks to the doctors they are puzzled. What is ‘normal’, what or who is crazy? Elwood is such a friendly fellow and invites everyone he meets to come for dinner or at least to a drink and promises they would meet his wonderful friend. After a night of drinking with the psychiatrist, this man is so disoriented that he reveals to Elwood that he has one place where he can relax: His cottage. There, a young woman would be present who doesn’t talk. He would drink cold beer and more cold beer, and he showed Elwood how he would take the hand of the young woman and with it stroke his cheek and his old head. He would talk to her, tell her everything – but no, he doesn’t want her to talk at all. So there – for the audience and all to see – even this man, knowing of human frailties has his imaginary friend. But, in the end, when his sister talks Elwood into letting the doctor give him an injection,  the taxi driver who had been left waiting comes to request his money. She has none and had to call on her brother. The taxi driver explains to her how those who get the needle change from friendly people who see sunsets, even when it’s raining and give big tips to bullying, screaming people who never tip and just become so normal that he rather have nothing to do with them. That changes the sister’s mind and, finding her coin purse in her handbag where there was no money before knows it was thanks to Harvey. Elwood is rescued before he gets the injection and the sister decides that they can all live happily ever after – with Harvey.

It’s a weird and wonderful play. It makes you think. We are not as perfect as we think we are. Some can accept the things beyond reality and the senses while others are ‘normal’. In my mind, I have turned the story over and over again. I dare say there is even more to it. We all talk to someone unseen by our eyes, be it a ‘Harvey’, ourselves, a dearly departed aunt or – even God. Think about it. How often have you thought: Oh my God. – Oh, dear God, why do you let this happen. –  Oh God, help me. – You might even have discussions with Him in order to make up your mind about something. When we can’t talk to ‘normal’ people we do need a “Harvey” by any name.

4 thoughts on “Imaginary Friends To Talk To”