When I switched the TV on this morning – seeing the photo reportage from Paris, I felt shock. Outrage. Frustration. Anger. Helpless.

What is it that drives some people to horrific acts that easily could lead to another war? Shooting people does not help any cause. Intelligence, education and sharing ideas or belief systems might do a better job, NOT ‘my way or the highway’. THAT only builds resentment. I lived through WWII – was just a child but old enough to remember…I wrote the book “We Don’t Talk About That” to show the younger generation what it was like. Create ‘awareness’. Scare them. Maybe even shock them into reality. Useless?

Wars have been fought throughout history and each side has always thought “God”, by any name, was on their side. It did not make any difference. Remember the “enemies” during WWI Christmas 1914 stopped fighting and played soccer together knowing the next day they have to shoot at each other again? On this evening they were all just ordinary people with the wish to have peace and go back home. .It had nothing to do with God. It’s always the people in power who pull “the strings.” Soldiers obey or they get shot by their own. Is there not a way we can live next to each other – in peace? 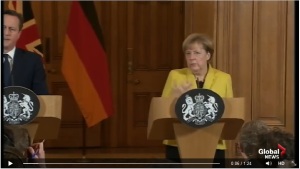