Father was back home

My father, after two years prison camp in Siberia, of all the people of our village aged between 16 and 60 who had been rounded up in February 1945 and taken away was the only person to return.

Christmas 1947 was the first Christmas after his return.

For the German people Christmas Eve is the start of Christmas. The tree is decorated by all in the family. At dusk a visit to the church follows to attend the special Christmas service with the reading of the Christmas story and the acting out of the nativity by the children and to sing the old favorite Christmas carols put everybody in the mood. The companionable walk home in the sparkling night with millions of stars on a dark velvety sky and the crunching snow underfoot will forever be one of my treasured memories.

After an evening meal of potato salad and fried fish, we each got a present of colorful homemade socks and mitts, the wool unravelled from old socks or sweaters. The Red Cross must have had donations of used toys because my sisters, little Edith, Ingrid and Christel each got a doll. The girls looked like Christmas angels, their little faces glowing with joy. I received a used book Gisela and Ursula and a scribbler. I had started to write poetry and I still have the faded, yellowed little booklet, more than sixty years later. I had discovered that my Granny’s father, who was born in 1855, had written quite a number of songs for the Evangelical Church Song Book and I tried to follow in his, my Great Grandfather’s, footsteps. My poems were not religious and perfect like his but full of longing for our lost Pomerania homeland and even the welcome relief of death for many older people.

On Christmas Day, we went to Aunt Tutti’s for a Christmas noon dinner. She, Uncle Fritz, their three boys, Lisa and Irene, Tutti’s and my dad’s younger sisters and the six of us made it a big celebration, not just of Christmas but that we all were alive and together again.

At teatime, when everyone was relaxed, Father mused about his first Christmas in Siberia and no eye remained dry.

“My prison camp was in the middle of nowhere. Escape was impossible. They had built a barbed wire fence all around the compound anyway with watchtowers on the four corners. Heavily-clad guards pointed machine guns towards us at all times. Before we retired at night, we had to line up and they checked how many of us were there because sometimes some had died during the day. Many of us had no shoes but just rags wrapped around our feet and with the Siberian cold, we were shivering. A Soviet flag with the hammer and sickle logo was on a high pole and a warmly dressed officer stood beside it during roll call. It usually happened during the twilight hour, between the parting day and the rapidly approaching night. 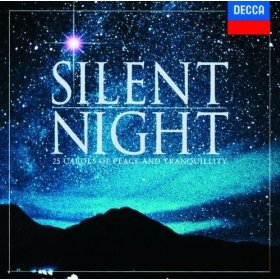 “On that day, Christmas 1945, a bitter frost crackled in the air and our breath came in puffs like smoke, it was suspended over and around us. I heard a shy thin voice starting to sing, the sound got louder, stronger, steadier as all the other men standing in the square joined in, despite the warning shots fired around us, bouncing off the frozen earth. Loud and clear, it rang up to the sky, ‘Stille Nacht, heilige Nacht…’

“You can’t imagine what it felt like. It was an eerie scene, useless in the big picture of history but already part of it. We were lost. We knew we would most likely die and still thought of Christmas and sang with thoughts of our loved ones and home on our minds; hoped against hope for peace on earth and many a tear froze to an icicle on the lashes. But the big surprise for us was when the guards put down their guns and joined the singing in their strange guttural language.”

Dad sat there, lost in his thoughts and memories. My mother took his hand.

MERRY CHRISTMAS TO ALL
LIFE IS PRECIOUS